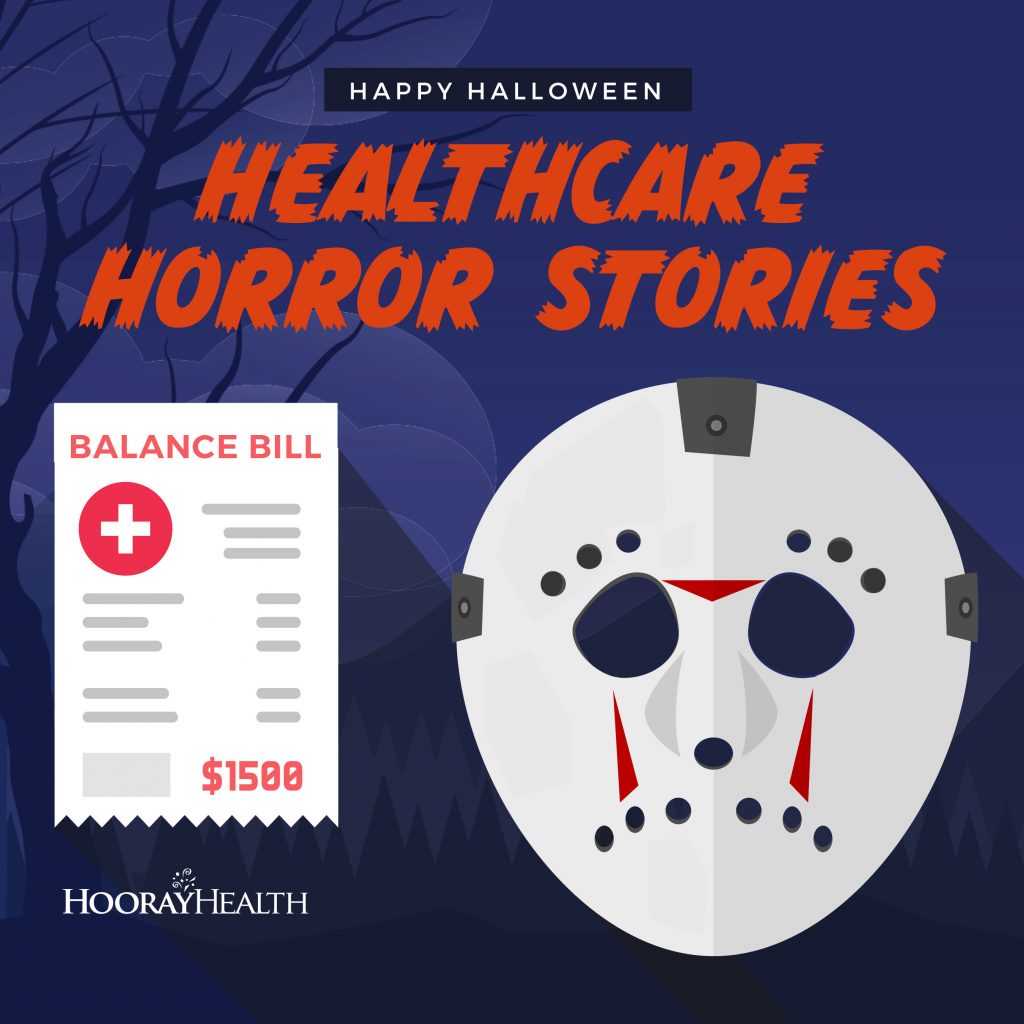 Happy Halloween to those who dare read, the healthcare industry can be a frightful scene. There are blood and needles, and all things sickly, but it’s what you can’t see that can be the most tricky.

Come with us now and you will see some terrifying healthcare horror stories of varying degrees.

Begging for a Heart

Deductibles and costs can make it hard to survive, but medical costs have sent some begging for their lives.

After her bout with breast cancer, chemotherapy left Hedda with cardiac damage, and physicians determined a new heart was all she could manage. Though upon receiving her reply, the hospital committee said to raise the money yourself or die.

“The decision made by the committee is that you are not a candidate at this time for a heart transplant due to needing a more secure financial plan. The Committee is recommending a fundraising effort of $10,000.

By the powers that be she was sent to GoFundMe. Begging for money with medical pleas, Hedda faced a certain horror that nobody needs.

The Cost of an Amputation

If the loss of a foot wouldn’t ruin your day, wait till you see what you’ll have to pay.

A part-time professor to academics and scholars, Stephanie was one of the millions of part-time workers without employer-based health insurance, despite their hollers.

So, she purchased her own coverage and would diligently pay, then doctors told her they needed to remove her foot one day.

Insurance left her at the table, footing the bill. A total of $22,000 had her feeling ill.

Stephanie like others was denied by her plan, left hanging for reasons she didn’t understand.

So, take heed of this warning, and now you might see, why employer-based coverage is important indeed.

A trip to the ER can drive up the cost, paying thousands for simplicities will have you lost.

A cut on the ear requires a simple treatment, but those uninformed will learn a big secret. The cost of the ER can run you multiple times over, leaving you in debt you may never get over.

Jennifer visited the hospital with a cut on the ear, the doctors gave her stitches and ice and told her not to fear.

Though the scary part came when she found out the price, the hospital had charged her nearly $6,000 for a pack of ice.

Badly in debt, we find Jennifer here, mourning the savings that once brought her cheer.

If you are not careful this can happen to you too. Left struggling to make payments like so many do.

Hooray Health offers coverage with prices that won’t give you a chill but will cover your treatments when you’re feeling ill. So, check out our website and you can too see, just what Hooray Health can do for thee.